Collecting and recontextualizing writings from the last twenty years of John Cayley's research-based practice of electronic literature, Grammalepsy introduces a theory of aesthetic linguistic practice developed specifically for the making and critical appreciation of language art in digital media. As he examines the cultural shift away from traditional print literature and the changes in our culture of reading, Cayley coins the term “grammalepsy” to inform those processes by which we make, understand, and appreciate language.

Framing his previous writings within the overall context of this theory, Cayley eschews the tendency of literary critics and writers to reduce aesthetic linguistic making-even when it has multimedia affordances-to “writing.” Instead, Cayley argues that electronic literature and digital language art allow aesthetic language makers to embrace a compositional practice inextricably involved with digital media, which cannot be reduced to print-dependent textuality. 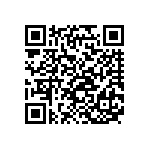