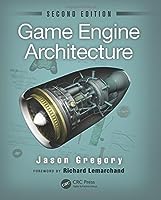 Hailed as a "must-have textbook" (CHOICE, January 2010), the first edition of Game Engine Architecture provided readers with a complete guide to the theory and practice of game engine software development. Updating the content to match today’s landscape of game engine architecture, this second edition continues to thoroughly cover the major components that make up a typical commercial game engine.

New to the Second Edition

The book presents the theory underlying various subsystems that comprise a commercial game engine as well as the data structures, algorithms, and software interfaces that are typically used to implement them. It primarily focuses on the engine itself, including a host of low-level foundation systems, the rendering engine, the collision system, the physics simulation, character animation, and audio. An in-depth discussion on the "gameplay foundation layer" delves into the game’s object model, world editor, event system, and scripting system. The text also touches on some aspects of gameplay programming, including player mechanics, cameras, and AI.

An awareness-building tool and a jumping-off point for further learning, Game Engine Architecture, Second Edition gives readers a solid understanding of both the theory and common practices employed within each of the engineering disciplines covered. The book will help readers on their journey through this fascinating and multifaceted field. 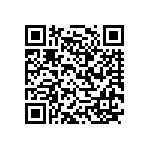