Who this book is for?

If you don't know anything about programming in general, writing code, writing scripts, or have no idea where to even begin, then this book is perfect for you. If you want to make games and need to learn how to write C# scripts or code, then this book is ideal for you.

The intuitive and powerful Unity game engine is one of the most widely used and best loved packages for game development. Unity scripting is an essential but challenging skill to master in order to create custom game elements. Learning modular scripting allows you to rewrite as little code as possible as you deploy your scripts to multiple projects and work easier, quicker, and more efficiently than before.

Unity is a cross-platform development platform initially created for developing games but is now used for a wide range of things such as: architecture, art, children's apps, information management, education, entertainment, marketing, medical, military, physical installations, simulations, training, and many more.Unity takes a lot of the complexities of developing games and similar interactive experiences and looks after them behind the scenes so people can get on with designing and developing their games. These complexities include graphics rendering, world physics and compiling. More advanced users can interact and adapt them as needed but for beginners they need not worry about it.Games in Unity are developed in two halves; the first half -within the Unity editor, and the second half -using code, specifically C#. Unity is bundled with MonoDevelopor Visual Studio 2015 Communityfor writing C#. 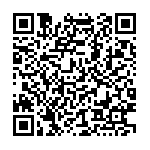