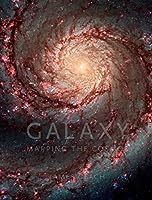 Each night, we are able to gaze up at the night sky and look at the thousands of stars that stretch to the end of our individual horizons. But the stars we see are only those that make up our own Milky Way galaxy―but one of hundreds of billions in the whole of the universe, each separated  by inconceivably huge tracts of empty space. In this book, astronomer James Geach tells the rich stories of both the evolution of galaxies and our ability to observe them, offering a fascinating history of how we’ve come to realize humanity’s tiny place in the vast universe.

Taking us on a compelling tour of the state-of-the-art science involved in mapping the infinite, Geach offers a first-hand account of both the science itself and how it is done, describing what we currently know as well as that which we still do not. He goes back one hundred years to when scientists first proved the existence of other galaxies, tracking our continued improvement in the ability to collect and interpret the light that stars in faraway galaxies have emitted through space and time. He discusses examples of this rapidly accelerating research, from the initial discovery that the faint “spiral nebulae” were actually separate star systems located far beyond the Milky Way to the latest observations of the nature of galaxies and how they have evolved. He also delves into the theoretical framework and simulations that describe our current “world model” of the universe.

With one hundred superb color illustrations, Galaxy is an illuminating guide to the choreography of the cosmos and how we came to know our place within it that will appeal to any stargazer who has wondered what was beyond their sight. 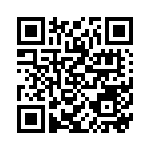 How to Download? Report Dead Links & Get a Copy
Online Preview Reviews 17 Get Print Book