Fundamentals of Advanced Mathematics explains the basic fundamentals of mathematics by introducing it to the readers. It further goes on to explain algebra and the basic math related to it and elaborate on the number theory and number system. Also discussed in the book are the relations and functions, the use of proportional logic, the graph theory and the mathematical induction and recursion and the various theorems and logics related to it. The book also delves upon the cardinal system. It gives some solved examples and the questions to be practiced in the later halves of the chapters. 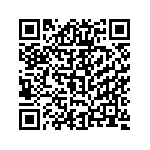