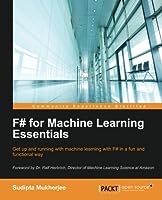 The F# functional programming language enables developers to write simple code to solve complex problems. With F#, developers create consistent and predictable programs that are easier to test and reuse, simpler to parallelize, and are less prone to bugs.

If you want to learn how to use F# to build machine learning systems, then this is the book you want.

Starting with an introduction to the several categories on machine learning, you will quickly learn to implement time-tested, supervised learning algorithms. You will gradually move on to solving problems on predicting housing pricing using Regression Analysis. You will then learn to use Accord.NET to implement SVM techniques and clustering. You will also learn to build a recommender system for your e-commerce site from scratch. Finally, you will dive into advanced topics such as implementing neural network algorithms while performing sentiment analysis on your data.

Sudipta Mukherjee was born in Kolkata and migrated to Bangalore. He is an electronics engineer by education and a computer engineer/scientist by profession and passion. He graduated in 2004 with a degree in electronics and communication engineering.

He has a keen interest in data structure, algorithms, text processing, natural language processing tools development, programming languages, and machine learning at large. His first book on Data Structure using C has been received quite well. Parts of the book can be read on Google Books at http://goo.gl/pttSh. The book was also translated into simplified Chinese, available from Amazon.cn at http://goo.gl/lc536. This is Sudipta's second book with Packt Publishing. His first book, .NET 4.0 Generics (http://goo.gl/MN18ce), was also received very well. During the last few years, he has been hooked to the functional programming style. His book on functional programming, Thinking in LINQ (http://goo.gl/hm0lNF), was released last year. Last year, he also gave a talk at @FuConf based on his LINQ book (https://goo.gl/umdxIX). He lives in Bangalore with his wife and son. 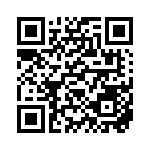