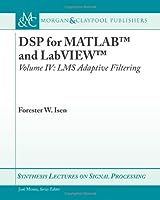 This book is Volume IV of the series DSP for MATLAB™ and LabVIEW™. Volume IV is an introductory treatment of LMS Adaptive Filtering and applications, and covers cost functions, performance surfaces, coefficient perturbation to estimate the gradient, the LMS algorithm, response of the LMS algorithm to narrow-band signals, and various topologies such as ANC (Active Noise Cancelling) or system modeling, Noise Cancellation, Interference Cancellation, Echo Cancellation (with single- and dual-H topologies), and Inverse Filtering/Deconvolution. The entire series consists of four volumes that collectively cover basic digital signal processing in a practical and accessible manner, but which nonetheless include all essential foundation mathematics. As the series title implies, the scripts (of which there are more than 200) described in the text and supplied in code form (available via the internet at www.morganclaypool.com/page/isen) will run on both MATLAB™ and LabVIEW™. Table of Contents: Introduction To LMS Adaptive Filtering / Applied Adaptive Filtering 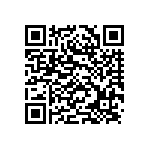