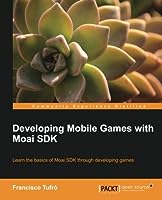 Learn the basics of Moai SDK through developing games

Moai SDK is a fast, minimalist, open-source Lua mobile framework for pro game developers. Moai is built around Lua, a common programming language for games, and offers a single open-source platform for both the front-end elements seen by consumers and the back-end infrastructure.

Developing Mobile Games with Moai SDK will guide you through the creation of two game prototypes in a step-by-step way, giving you the basic tools you need in order to create your own games.

Developing Mobile Games with Moai SDK introduces the basic concepts behind game development, and takes you through the development of a tile-based memotest, and a platform game prototype as well. You'll end up with a good codebase to start writing your own games.

You will learn some tricks that come from real life experience while creating a small framework that will allow you to display images, play sounds, grab input, and so on. You'll also learn how to implement physics using Box2D bindings, and everything in Lua, without having to use any compilations. After doing this, we'll take a look at how to deploy your game to iOS and run it on an iPhone.

With this book, you should be ready to go and create your own game, release it to the Apple Store, and have enough tools to dig deeper into Moai SDK.

A normal step-by-step tutorial with two sample games built in, to teach Moai SDK from scratch.

This book is for anyone who wants to build games, especially if they want to quickly iterate using a scripting language like Lua, and they're targeting more than one platform. All of this without having to spend your salary on licenses. Moai SDK is aimed to professionals, but it has a great community that will help you learn and be a part of it. 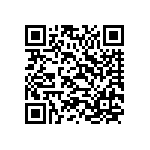