Apple's release of iOS 7 brought substantial improvements for both applications and application developers. This book attempts to highlight the features that will be most widely applicable, including upgrading from iOS 6 to iOS 7, making apps more accessible, refreshing content in the background, using the new transition and physics-based animations, building on the new maps APIs, and enhancing your development workflow with the new build and testing improvements. The introduction of iOS 7 is set to change the way users think about native applications as well as how developers think about building them. This book is intended for current iOS developers who wish to learn what iOS 7 has to offer. It is not intended to be a beginner's tutorial on iOS development. Many publishers will be taking their iOS 6 books and sprinkling in iOS 7 content. Developing an iOS 7 Edge was written by six iOS developers with expertise

in the various aspects of iOS 7. The result of this collaboration is a dense ebook focused solely on iOS 7 development (it doesn't start with iOS 6 info and add on) and is backed by the authors' real-world experience, as well as a working BepBop app that demonstrates how all of the examples work in practice. The introduction of iOS 7 lays the foundation for developing new classes of application, and we hope to show you the way. 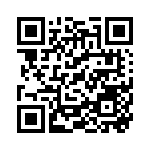