The launching of this hitherto unpublished book by the great nineteenth-century British traveler Edward William Lane (1801-76), a name known to almost everyone in all the many fields of Middle East studies, is a major publishing event. Lane was the author of a number of highly influential works: An Account of the Manners and Customs of the Modern Egyptians (1836), his translation of The Thousand and One Nights (1839-41), Selections from the Kur-an (1843), and the Arabic-English Lexicon (1863-93). Yet one of his greatest works was never published: after years of labor and despite an enthusiastic reception by the publishing firm of John Murray in 1831, publication of his first book, Description of Egypt, was delayed and eventually dropped, mainly for financial reasons. The manuscript was sold to the British Library by Lane's widow in 1891, and has only now been salvaged for publication by Dr. Jason Thompson, nearly 170 years after its completion.
This enormously important book, which takes the form of a journey through Egypt from north to south, with descriptions of all the ancient monuments and contemporary life that Lane explored along the way, will be of immense interest to both ancient and modern historians of Egypt, and will become an essential companion to his Manners and Customs.
''Jason Thompson's exact and dedicated edition deserves much praise.''-Astene Newsletter, June 2002.
''Thompson, a historian at AUC, has done signal service in taking a manuscript dating from 1831 and preparing it for publication so many years later; AUC Press deserves praise for making so major a work available, and at so reasonable a price.''-Daniel Pipes, Middle East Quarterly, June 2001.
''In all, the appearance of this major work of scholarship at this late date is a major boon to the study of Egypt's history between the pharaohs and 18280.''-Daniel Pipes, Middle East Quarterly, June 2001. 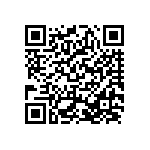