This third edition brings Moore's classic work up to date with dozens of new examples of successes and failures, new strategies for marketing in the digital world, and Moore's most current insights and findings. He also includes two new appendices, the first connecting the ideas in Crossing the Chasm to work subsequently published in his Inside the Tornado, and the second presenting his recent groundbreaking work for technology adoption models for high-tech consumer markets. 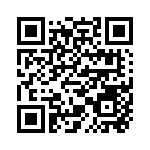 How to Download? Report Dead Links & Get a Copy
Online Preview Reviews 114 Get Print Book