CDS is a multifarious field constantly developing different methodological frameworks for analysing dynamically evolving aspects of language in a broad range of socio-political and institutional contexts. This volume is a cutting edge, interdisciplinary account of these theoretical and empirical developments. It presents an up-to-date survey of Critical Discourse Studies (CDS), covering both the theoretical landscape and the analytical territories that it extends over. It is intended for critical scholars and students who wish to keep abreast of the current state of the art.

The book is divided into two parts. In the first part, the chapters are organised around different methodological perspectives for CDS (history, cognition, multimodality and corpora, among others). In the second part, the chapters are organised around particular discourse types and topics investigated in CDS, both traditionally (e.g. issues of racism and gender inequality) and only more recently (e.g. issues of health, public policy, and the environment).

This is, altogether, an essential new reference work for all CDS practitioners.

PART TWO Domains of Discourse
Chapter 13 ‘American Ways of Organizing the World’ 1 Designing the Global Future through US National Security Policy
Chapter 14 ‘Yes, We Can’ The Social Life of a Political Slogan
Chapter 15 Media Discourse in Context
Chapter 16 Media Discourse and De/Coloniality A Post-Foundational Approach
Chapter 17 Discourse and Communication in the European Union A Multi-Focus Perspective of Critical Discourse Studies
Chapter 18 The Discursive Technology of Europeans’ Involvement EU Culture and Community of Practice
Chapter 19 The Privatization of the Public Realm A Critical Perspective on Practice and Discourse
Chapter 20 Pushed out of School A Critical Discourse Analysis of the Policies and Practices of Educational Accountability 1
Chapter 21 Immigration Discourses and Critical Discourse Analysis Dynamics of World Events and Immigration Representations in the British Press
Chapter 22 Race and Immigration in Far- and Extreme-Right European Political Leaflets
Chapter 23 Critical Studies of Health and Illness Discourses
Chapter 24 Public Health in the UK Media Cognitive Discourse Analysis and its Application to a Drinking Water Emergency
Chapter 25 Ecolinguistics and Erasure Restoring the Natural World to Consciousness
Chapter 26 Values, Assumptions and Beliefs in British Newspaper Editorial Coverage of Climate Change 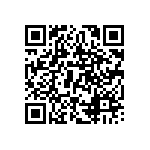