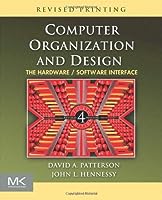 This Fourth Revised Edition of Computer Organization and Design includes a complete set of updated and new exercises, along with improvements and changes suggested by instructors and students. Focusing on the revolutionary change taking place in industry today--the switch from uniprocessor to multicore microprocessors--this classic textbook has a modern and up-to-date focus on parallelism in all its forms. Examples highlighting multicore and GPU processor designs are supported with performance and benchmarking data. As with previous editions, a MIPS processor is the core used to present the fundamentals of hardware technologies, assembly language, computer arithmetic, pipelining, memory hierarchies and I/O. Sections on the ARM and x86 architectures are also included.

1 Computer Abstractions and Technology
2 Instructions: Language of the Computer
3 Arithmetic for Computers
4 The Processor
5 Large and Fast: Exploiting Memory Hierarchy
6 Storage and Other I/O Topics
7 Multicores, Multiprocessors, and Clusters
Appendix A. Graphics and Computing GPUs
Appendix B. Assemblers, Linkers, and the SPIM Simulator 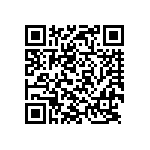 How to Download? Report Dead Links & Get a Copy
Online Preview Reviews 95 Get Print Book