After his Master Degree in 1992 in Mechanical Engineering at Politecnico of Milan, Claudio Gianini starts working as a structural engineer in Firema Trasporti, before moving in 1998 in Alenia Space and in 1999 in Aermacchi. In 2000 he joins Scuderia Ferrari, where he deals with the structural design of suspension components for the Formula One cars, and then he moves first in Dallara and later in Toyota F1 Team, where he stays with the role of leader of the chassis structural design Group until the end of the F1 project in 2009.

From 2010 he works as a consultant for structural design, mainly for the ITER project (www.iter.org), until middle of 2012, when he returns to Formula One with Sauber. In 2015 he leaves Sauber and founds CG CAE Sagl, a consulting company for structural design. Very active in engineering disclosure, between 1995 and 2004 he publishes 26 articles on the usage of the Finite Element Method. 2003 is the year of the publication of the book Computer Aided Structural Design - Guidelines in the automatic calculation of structures, a handbook whose purpose is to provide the necessary information for the correct usage of the Finite Element Method. This text appears in the list of recommended books in some Italian universities for computer aided design courses, and the introduction to it is signed by Rory Byrne. In 2006 the publication of a second manual, Structural Design Advanced Techniques completes the process that began three years before and provides additional tools for the usage of methods for the solution of more complex structural problems. The introduction to this text is signed by Luca Marmorini. The two texts are used in some degree courses at Politecnico of Torino, at the University of Florence, at the University of Salento and at the University Federico II of Naples, as well as in several Schools. 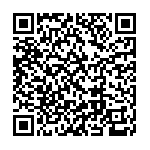