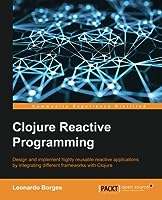 If you are a Clojure developer who is interested in using Reactive Programming to build asynchronous and concurrent applications, this book is for you. Knowledge of Clojure and Leiningen is required. Basic understanding of ClojureScript will be helpful for the web chapters, although it is not strictly necessary.

Reactive Programming (RP) is central to many concurrent systems. It endeavors to make the process of developing highly-concurrent, event-driven, and asynchronous applications simpler and less error-prone. RP comes in many flavors and we will look at some of them in this book.

It also presents several examples of Reactive applications implemented in different frameworks, allowing you to develop an understanding of the subject as well as learn how to develop your ability to work with time-varying values.

By the end of the book, you will be equipped to solve real-world problems as well as understand the trade-offs between the approaches shown in the book.

Chapter 1. What is Reactive Programming?
Chapter 2. A Look at Reactive Extensions
Chapter 3. Asynchronous Programming and Networking
Chapter 4. Introduction to core.async
Chapter 5. Creating Your Own CES Framework with core.async
Chapter 6. Building a Simple ClojureScript Game with Reagi
Chapter 7. The UI as a Function
Chapter 8. Futures
Chapter 9. A Reactive API to Amazon Web Services 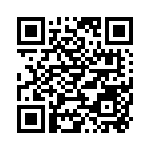