According to the TIOBE Index, C++ is still one of the most popular languages. So don’t hesitate to keep learning this language that is still powering the world!

C++ is everywhere. In particular, it powers more technologies than we acknowledge its accomplishment. Most operating system kernels are written in C++, including Windows, Linux, Mac, iOS, Android and so on. Modern browsers are also written in C++. like Chrome, Firefox, etc. If you want to develop mainstream games, chances are you'd need to use C++. Even programming languages compilers and interpreters are implemented in C++ too. Furthermore, large companies such as Facebook also may need C++ developers to help optimize their apps or work on their products. C++ is indeed everywhere!

So, if you want to make some noise, then learn C++!

C++ plays an essential role in modern times as many contemporary systems such as operating systems, web browsers, databases, etc. have C++ code in at least some part of their codebase. And with its popularity and the peaks are:

Although C++ is notorious for being complex and hard to use correctly, it's still being actively worked to be kept to the purpose, so all in all C++ won't be going away even though a lot of languages have been trying to take its place.

WHAT ARE YOU WAITING FOR?

A FEW DOLLARS SPENT ARE THE VALUE OF YOUR SKILL IMPROVEMENT?

C++ will never seem intimidating again after you’re done with this book. Start learning it steps by steps by pressing the BUY NOW BUTTOM! 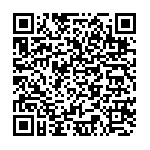