Unity has become one of the most popular game engines for developers, from the amateur hobbyist to the professional working in a large studio. Unity used to be considered a 3D tool, but with the release of Unity 4.3, it now has dedicated 2D tools. This will expand Unity's use even more.
Developers love its object-oriented drag-and-drop user interface which makes creating a game or interactive product so easy. Despite the visual ease of working in Unity, there is a need to understand some basic programming to be able to write scripts for GameObjects.
For game developers that have any programming knowledge, learning how to write scripts is quite easy. For the the artist coming to Unity, creating the visual aspects of a game is a breeze, but writing scripts may appear to be a giant roadblock.
This book is for those with no concept of programming. I introduce the building blocks, that is, basic concepts of programming using everyday examples you are familiar with. Also, my approach to teaching is not what you will find in the typical programming book. In the end, you will learn the basics of C#, but I will spoon-feed you the details as they are needed.
I will take you through the steps needed to create a simple game, with the focus not being the game itself but on how the many separate sections of code come together to make a
working game. I will also introduce the concept of a State Machine to organize code into simple, game controlling blocks. At the end, you will be saying "Wow! I can't believe how easy that was!" 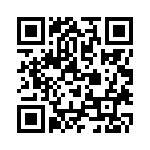