Before Gabrielle Hamilton opened her acclaimed New York restaurant Prune, she spent twenty hard-living years trying to find purpose and meaning in her life. Blood, Bones & Butter follows an unconventional journey through the many kitchens Hamilton has inhabited through the years: the rural kitchen of her childhood, where her adored mother stood over the six-burner with an oily wooden spoon in hand; the kitchens of France, Greece, and Turkey, where she was often fed by complete strangers and learned the essence of hospitality; Hamilton’s own kitchen at Prune, with its many unexpected challenges; and the kitchen of her Italian mother-in-law, who serves as the link between Hamilton’s idyllic past and her own future family—the result of a prickly marriage that nonetheless yields lasting dividends. By turns epic and intimate, Gabrielle Hamilton’s story is told with uncommon honesty, grit, humor, and passion.

Look for special features inside.
Join the Circle for author chats and more.
RandomHouseReadersCircle.com

Amazon Best Books of the Month, March 2011: Gabrielle Hamilton's memoir, Blood, Bones & Butter: The Inadvertent Education of a Reluctant Chef, is just what a chef's story should be--delectable, dripping with flavor, tinged with adrenaline and years of too-little sleep. What sets Hamilton apart, though, is her ability to write with as much grace as vitriol, a distinct tenderness marbling her meaty story. Hamilton spent her idyllic childhood on a wild farm in rural Pennsylvania with an exhilarant father--an artist and set builder--and French mother, both "incredibly special and outrageously handsome." As she entered her teens, however, her family unexpectedly dissolved. She moved to New York City at 16, living off loose change and eating ketchup packets from McDonald’s; worked 20-hour days at a soulless catering company; traveled, often half-starved, through Europe; and cooked for allergy-riddled children at a summer camp. The constant thread running through this patchwork tale, which culminates with the opening of her New York City restaurant, Prune, is Hamilton's slow simmering passion for cooking and the comfort it can bring. "To be picked up and fed, often by strangers, when you are in that state of fear and hunger, became the single most important food experience I came back to over and over," Hamilton writes, and it's this poignant understanding of the link between food and kindness that makes Blood, Bones & Butter so satisfying to read. --Lynette Mong

Anthony Bourdain is the author of the novels Bone in the Throat and Gone Bamboo, in addition to the bestseller Kitchen Confidential and A Cook's Tour. His work has appeared in the New York Times and The New Yorker, and he is a contributing authority for Food Arts magazine. He is also the host of the Emmy Award-winning television show No Reservations.

Very quickly after meeting Gabrielle Hamilton, I understood why she was a terrific and much-admired chef. I knew that her restaurant, Prune, was ground-breaking, that she seemed to have come out of nowhere, instead of being a product of the "system" (she'd emerged from the invisible subculture of catering), to open one of the most quirky, totally uncompromising, and quickly-embraced restaurants in New York City. Her purportedly (but not really) Franco-phobic menus were intensely, notoriously personal, her early embrace of the nose-to-tail attitude was way, way ahead the times, and chefs--all chefs--seemed to like and respect her. Almost as quickly, it became apparent that this chef could write.

Short pieces appeared here and there over the years and they were sharp, funny, incisive, unsparing of both author and subjects--straight to the point and pretense-free, like Hamilton herself. She could write really well. And she had, from all accounts, a story to tell. So when it was announced that Blood, Bones, and Butter was in the works, I was very excited.

It was a long wait.

Five years later, I finally got my hands on an advance copy and eagerly devoured it. It was of course brilliant. I expected it to be. But I wasn't prepared for exactly how goddamn brilliant the thing was, or how enchanted, difficult, strange, rich, inspiring and just plain hard her life and career--her long road to Prune--had been. I was unprepared for page after page of such sharp, carefully-crafted, ballistically-precise sentences. I was, frankly, devastated. I put this amazing memoir down and wanted to crawl under the bed, retroactively withdraw every book, every page I'd ever written. And burn them.

It makes any "as told to" account of famous chef's lives look instantly ludicrous and bloodless. I've struggled to think of somebody/anybody who's written a better account of the journey to chefdom and can't think of anyone who's come even close.

Writing a memoir of one's life as a chef--or even writing about one's relationship with food--has, with the publication of this book, become much more difficult. Hamilton has raised the bar higher than most of us could ever hope to reach. This book will sell a gazillion copies. It will be a bestseller. It will be an enduring classic. It will inspire generation after generation of young cooks, and anyone who really loves food and understands the context in which it is best enjoyed, NOT as some isolated, over-valued object of desire, but as only one important aspect of a larger, richer spectrum of experiences. Each plate of food--like the menu at Prune--is the end result of a long and sometimes very difficult struggle.

Read this book and prepare to clean your system of all that's come before. It's a game-changer and a truly great work by a great writer and great chef. 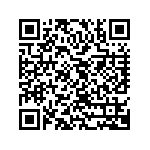 How to Download? Report Dead Links & Get a Copy
Online Preview Reviews 298 Get Print Book