"There are three eras of currency: Commodity-based, politically-based, and now, math-based." - Chris Dixon, Internet Entrepreneur and Investor (as quoted by bitcoin.org)

"Bitcoin will do to banks what email did to the postal industry" - Rick Falkvinge, IT Entrepreneur

Bitcoin is a revolutionary new digital currency that has the potential to create a paradigm shift in money and banking. No government or corporation controls Bitcoin; it's operated by a decentralized network of computers that anyone can join. This is the first time the world has ever seen such a radically new monetary system. But to fully appreciate Bitcoin, you need to see what's going on under the hood.

Bitcoin Internals will guide you through the inner workings of the Bitcoin system, exposing its brilliant design and all the underlying technologies that make it possible. You'll learn 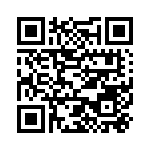