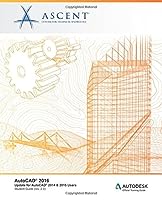 Among the many changes in this new release are the general interface components including: Start Tab, tab and panel enhancements, Autodesk® A360 collaboration, and Help. There are several updates to commands, such as dimensions, and various 3D tools, such as Point Clouds, Rendering, and editing previews.