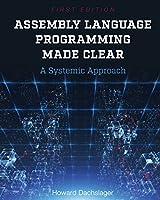 Assembly Language Programming Made Clear: A Systematic Approach teaches students the fundamentals of assembly language programming through the use of two pseudo-languages that enable them to design their programs. It also prepares them to write their programs by teaching them the structure of the necessary registers.

Chapters are organized so that information is presented in manageable chunks, all supported with clear examples and include exercises that allow students to immediately apply what they have learned. Over the course of the book students will work with number bases for integers, simple algorithms for converting between a number base and the base, if-then and while conditional statements, and arithmetic expressions. They will also study dynamic storage for decimal numbers through stacks and strings, string arrays, and much more. The book includes an appendix on signed numbers and the flag signals.

Assembly Language Programming Made Clear can be used in courses within computer science programs. Its cogent discussion of foundational skills also makes it appropriate for classes in anti-virus software and those that prepare students for the development of higher-level language.

Initially a computer programmer, Howard Dachslager earned his Ph.D. in mathematics specializing in real analysis and probability theory at the University of California, Berkeley. Dr. Dachslager has since taught mathematics and programming to diverse student populations. He is currently a faculty member at Irvine Community College, where his course offerings include algebra, statistics, calculus, and finite mathematics. He is the author of several books on both programming and mathematics, most recently Fundamentals of Statistics and Probability Theory, Two Volumes: A Tutorial Approach. Dr. Dachslager is a member of the American Mathematical Society. 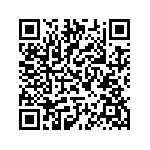