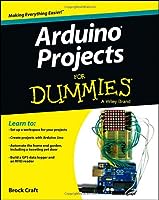 Discover all the amazing things you can do with Arduino

Arduino is a programmable circuit board that is being used by everyone from scientists, programmers, and hardware hackers to artists, designers, hobbyists, and engineers in order to add interactivity to objects and projects and experiment with programming and electronics. This easy-to-understand book is an ideal place to start if you are interested in learning more about Arduino's vast capabilities. Featuring an array of cool projects, this Arduino beginner guide walks you through every step of each of the featured projects so that you can acquire a clear understanding of the different aspects of the Arduino board.

Arduino Projects For Dummies is your guide to turning everyday electronics and plain old projects into incredible innovations.

Get Connected! To find out more about Brock Craft and his recent Arduino creations, visit www.facebook.com/ArduinoProjectsForDummies

How did you get started with Arduino?

I got started using Arduino because I wanted to be able to keep track of the temperature inside the house compared to the temperature outside. That way, I could see how the seasons and outside temperature fluctuations affect our energy use - and, of course, our energy bill! I needed a way to take readings of temperature sensors and send those to my computer. There are a lot of ways to do this, but at the time, I could see that Arduino would allow me to do so many more things. I got my hands on one as fast as possible and in the process met the Arduino team.

Why do you think Arduino has become so popular so quickly?

The main reason is that it is easy to use. It used to be pretty difficult for the average person to program and upload code to microcontrollers - and they were a lot more expensive! So even if you got the code working, if you then hooked it up wrong and fried it, you were out a lot of money. Arduino has some built in protection against this, and it is much easier to make connections to the microcontroller because of the way the board is laid out.

Well, first of all I'd check out the Arduino website to get a good idea of what Arduino is all about and what it can do. Then, I'd grab a copy of Arduino For Dummies, by my friend John Nussey and try out some of the simple demos in the book. Once you've got that under your belt, you can take a crack at some of the projects in my book too.

What are some of the interesting things you can create with Arduino?

There are all kinds of cool things you can do, and I've tried to include a wide range of projects in my book that demonstrate many of its capabilities. Since you can use an Arduino to read just about any kind of sensor data, the obvious thing to do is use it to detect changes in the environment, light temperature, light levels, and soil moisture. You can even detect sound levels and do motion detection, as well. You can also use it to control things like LEDs, motors, and just about anything you can turn on or off with a switch. The fun part is mixing these together - you can do mashups of sensors and things they control, like linking a pet door to Twitter.

What is your all-time favorite Arduino project that you've either worked on or heard about from someone else?

My favorite right now is called the "Immaterials Project" by Timo Arnall and his colleagues. It uses an Arduino to control a 12-foot pole that has a string of LEDs mounted on it. The Arduino lights up the LEDs sequentially, based upon the strength of nearby Wi-Fi network signals. They carry around the stick in city streets and photograph it with long-exposure photography. The effect is that you see a sort of bar chart laid over the street scene, showing how strong the network signal is. I like it because it reveals the invisible signals that we are walking around in all the time, but never really think about.

What is a good project for new Arduino users to start out with?

The usual project for beginners is called "Blink", which shows you how to flash an LED. Computer programming languages all have what's called a "Hello World" program where you get the code to do the most basic thing - display something on the computer screen. Since an Arduino doesn't have a screen, the equivalent is controlling an LED. Just about anyone can get started flashing an LED in a few minutes and then learn how to change how it flashes. From there, you just build up your knowledge and skills as the basic principles pretty much stay the same.

What should people expect when they open a copy of Arduino Projects For Dummies?

They will find a bunch of different projects that are about using the Arduino for doing clever things. There are easy projects you can build in a couple of hours and harder ones that might need a weekend or more to finish. And all of them can be extended to do more cool stuff that I didn't think of! I've explained how to build them in a straightforward way so that everything you need to know is in there, including what materials you need for the projects and where to get them. I've also tried to include lots of photos of building the projects - which you don't always get in other books or online. I hope anyone who gets the book will be inspired to make something even cooler than what is already covered in the book!

Each project in the book has an easy-to-follow layout diagram detailing how to hook everything up. 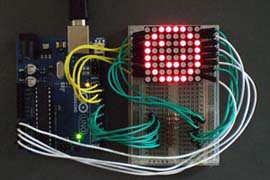 A pictures and a scrolling text marquee is one of the easiest projects for new users to build. 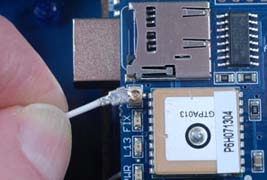 Here's a close up of the GPS tracker and data logger project from the book. 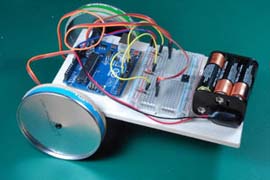 The best part about the remote-controlled car project, aside from the Pringles can wheels, is that you can control the car with any remote control you might have lying around the house. 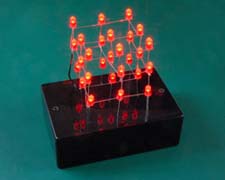 You can build an LED cube that you can animate and even create your own patterns for fun. The book includes a programming tool that can be downloaded online, which makes it super easy to design your own animations.

Part I: Getting Started with Arduino Projects
Chapter 1: Exploring the World of Arduino
Chapter 2: Setting Up Your Workspace and Tools
Chapter 3: Understanding the Basics