Arduino programming
Syntax, Concepts, Arduino & Proteus , and Examples - 3nd Edition (2020)
***********************************************************************************
This book will help you to develop working source code for the Arduino microcontroller. In these pages, we will primarily concern ourselves with the software aspect of physical computing—designing code to work with physical objects that exhibit behavior or interactivity through software. Starting with the basic context of the Arduino platform to getting up and running with our first code, we will discuss the structure and syntax of Arduino’s C-based programming language, looking at variables, control structures, arrays, and memory. This book will then go into many of the functions unique to Arduino development for controlling digital and analog input and output, timing, randomness, writing functions, and using many of the Arduino libraries for working with different kinds of hardware and communication protocols. Arduino, like Processing before it, adopted the idea of a code sketchbook. We will carry on this metaphor as we talk about the process of sketching in code as an intuitive method for quickly testing out new ideas in code. Most of this book is written around this idea of developing programming skills through sketching. We will also provide some suggestions for new projects and hardware, new languages to try out, and ways to contribute back to the community. This book intentionally does not dwell too long on electronics theory, circuit design, hacking, or other specifically hardware-based practices, although we’ll revisit the hardware side of things in our last chapter to provide a small foundation for physical computing. This book in many ways picks up where the Arduino Programming Notebook left off, with even more in-depth discussions about the Arduino environment; simple, no-frills code samples; and clear, easy-to-read schematics and illustrations.The Notebook, a little PDF booklet, was my first experience writing about the Arduino and was never meant to be more than a brief guide for my students when I first introduced a class of 15 college art and design majors to the Arduino in 2007. Best laid plans and all, this little booklet has now been translated into Spanish, Russian, and Dutch (that I know of), is hosted in so many different places that it is impossible to keep track of, and it’s been used in workshops and classes around the world. I haven't updated the Notebook over the last few years, and in all honesty I am not entirely sure what to do with it now, so hopefully this new book will fill a void and find a similar, widespread adoption that the little booklet has enjoyed all these years.

This book is written for the primary audience of the Arduino platform: artists, designers, students, tinkerers, and the makers of things. While you might have some programming experience that you want to bring to the Arduino platform, we will assume no prior knowledge of writing code. With that said, a healthy familiarity of the computer is helpful, as is the willingness and inquisitive curiosity to look beyond this book for certain answers. The majority of Arduino users just want to get things done and often don’t care about the little details—they just want their projects to work. I understand this, as I am one of those people. I first discovered programmable microcontrollers when I was an art student, and at the time, art school was not generally the most conducive environment for learning how to write code and wire up motors—at
least it wasn’t before the Arduino came along. Likewise, I was never one for a love of mathematics, which thankfully is not a prerequisite to deeply enjoy the process of writing code. 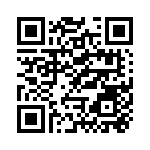