Writing truly concurrent software on the Java Virtual Machine just got a whole lot easier. The Akka Toolkit takes the sting out of coding for multiple cores, multiple processors, and even multiple machines.

Akka Concurrency will show you what it means to design and write software in the paradigm of Akka. You’ll learn how to think about your software in new and exciting ways that will allow you to express your designs naturally, allowing you to focus on the business of your software more than on the concurrency of it. This book picks up where the Akka documentation leaves off, exploring the how and the why of Akka, in a way that will empower you to grow your applications to new levels of scalability, responsiveness, and performance. 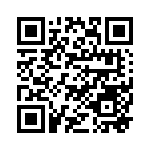