Jason Walker lives a predictable life: going to school, playing baseball, volunteering at the local zoo—until one day he falls through a tunnel near the hippo tank and ends up in a new, utterly foreign world. In Lyrian, the people dress differently, behave differently, and all live in fear of their malicious Emperor, Surroth. But in Jason’s search for a way home, he learns of a magical, ancient word that could destroy the terrifying Surroth.

With his accidental knowledge of one of the word’s six syllables, Jason finds himself in great danger and must embark on an epic quest to discover the remaining syllables and take down his powerful new enemy. Jason and his companion, Rachel—a fellow Beyonder who also arrived in Lyrian suddenly and without understanding why—must face challenges to their bodies, minds, and hearts and encounter places and people they can barely believe are real.

In a world with no heroes, and no hope, Jason finds himself faced with the prospect of becoming the hero he never imagined he could be.Amazon Best Books of the Month, March 2011: The first book in a new series (Beyonders), A World Without Heroes is an addictive blend of fantasy, humor, and heroic quest. Jason is an ordinary 13-year-old involuntarily transported to Lyrian, a world ruled by the evil wizard Maldor. Jason stumbles across a book bound with human skin and learns of a secret word with the power to unmake Maldor--knowledge that puts Jason in grave danger. Galloran, a blind king who once searched for the word himself, introduces Jason to Rachel, another Beyonder (as people from Earth are called) who had appeared in Lyrian at the same time. Jason and Rachel set out to retrieve the word, and the resulting pages are filled with adventure, drama, loyalty and betrayal—a treat for fans of Mull’s Fablehaven series or those discovering this bestselling author for the first time.--Seira Wilson 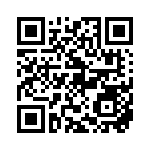 How to Download? Report Dead Links & Get a Copy
Online Preview Reviews 157 Get Print Book