A tour de force that echoes modern classics like Suite Francaise and The Postmistress.

"Housekeeper or housewife?" the soldier asks Silvana as she and eight- year-old Aurek board the ship that will take them from Poland to England at the end of World War II. There her husband, Janusz, is already waiting for them at the little house at 22 Britannia Road. But the war has changed them all so utterly that they'll barely recognize one another when they are reunited. "Survivor," she answers.

Silvana and Aurek spent the war hiding in the forests of Poland. Wild, almost feral Aurek doesn't know how to tie his own shoes or sleep in a bed. Janusz is an Englishman now-determined to forget Poland, forget his own ghosts from the way, and begin a new life as a proper English family. But for Silvana, who cannot escape the painful memory of a shattering wartime act, forgetting is not a possibility.

One of the most searing debuts to come along in years, 22 Britannia RoadAmazon Best Books of the Month, April 2011: By the end of World War II, Silvana is a ghost of the wife Janusz once had. She and their 7-year-old son Aurek travel from Poland to England to reunite their family--a family that has been separated for 6 years. That's where 22 Britannia Road, Amanda Hodgkinson's stunning debut novel, begins. As the past unfolds from multiple points of view, it becomes clear that despite their determination to make a fresh start, the hidden secrets of the past threaten to destroy Silvana and Janusz's dreams of becoming a family once again. The irreversible events that passed during their years of separation still linger, including the horrors of war, Janusz's betrayal by a love affair with another woman, and the devastating secret that Silvana will do anything to conceal. Hodgkinson's poetic voice is impossible to forget, and the shocking and hopeful ending of her remarkable historical novel will leave readers reeling--and satisfied. --Miriam Landis

Q: What drew you to this particular story of Polish World War II survivors living in England?

A: As a child, I was always fascinated when the adults around me talked about World War II. These were older family members who had lived through it and I would try to stay quiet so I could listen without being discovered. Their voices changed to lower registers, there were weighted silences in the conversations, sad looks, secretive whispering and then somebody would notice me and send me out to play, their voice swinging up a register to convey a gaiety they probably didn’t feel. I would go to bed at night, sick at heart thinking about these stories, and wonder how the world ever managed to get back to the normal after that war.

Looking back, I think I never stopped wondering. Years later, I was standing in my kitchen and heard a Russian woman on the radio, describing her experiences of being a child during the war. “We were so hungry,” she said, “we ate the bark of the silver birch trees.” An image came to me, so clear and strong, it was more like a memory than an act of my imagination. I wrote down what I saw; a young woman in a silver birch forest. I had begun to write my novel.

Q: From Silvana’s exile in the forest to the petrol rations in post-war Ipswich, you paint a vivid picture of the novel’s historical settings and events. What sort of research did you do to get the details right?

A: I balanced my own imaginative input with research. I read social history books on the war and the postwar period, including a lot of oral histories on Polish immigrant experiences. I also read wonderful Polish poets like Zbigniew Herbert and Tadeusz Rózewicz, among others. I studied Polish fairytales and classic Polish literature from the nineteenth and early twentieth century. I discovered tango music had been very popular in Poland during the thirties, so I listened to some fabulous clips on YouTube and imagined myself there, in the 1930s, dancing at a club in Warsaw, just like Hanka, one of the characters in the book tells Silvana about. I immersed myself in books, music and literature and then I put aside all research and let my imagination go to work. Whenever I was unsure about a scene, I turned to my own thoughts and feelings, relying on my ability to imagine a moment and on my empathy for the characters, rather than history books, and I think this approach helped me really understand my characters and the time.

Q: What does the title, the address of the home Janusz chooses for his reunited family, represent to you symbolically? Why that particular address?

A: I wanted a very ordinary address. A typical English home. You can find a Britannia Road in most English towns and there is no mistaking the pronounced sense of place in this address. Janusz wants what the address offers. A new life and a new country. Ironically, this address, with its connotations of national identity and pride, also serves to highlight the sense of displacement Janusz, Silvana and Aurek, as an immigrant family, must have felt in a small town in Britain. Another reason I used an address was to show how important home was to the characters. For me, the novel is about finding a home, physically, psychologically and metaphorically. Home is a small word that holds within itself complex meanings. Change one letter and you have the word hope. And Janusz, Silvana and Aurek hope to make a home together.

Q: A powerful theme in this book is the pain of survival—even Janusz, who had a relatively easy escape from Poland, suffers from having outlived Hélène and other loved ones. What personal discoveries did you make about this theme while writing the book?

A: Writing the book and researching it made me very aware of how people are still suffering under wars. The mass movement of displaced people around the world continues and the number of children who are orphaned and families disrupted and broken by war does not diminish.

Q: You do an exceptional job capturing the psyche of young Aurek, who has clearly been traumatized by his experiences. Did you draw from case studies of children with similar experiences, or did you find your way to this character instinctually?

A: I wrote Aurek very instinctively. I felt I knew the boy from the moment I first wrote a small, tentative description of him, crouching in the back garden at 22 Britannia Road. I read Through The Eyes of the Innocents: Children Witness World War II by Emmy E Werner, which conveys the heartbreaking experiences of children, and that fed my own understanding of what Aurek might have been through but really, when I was writing Aurek, I found I could connect with him best on an emotional level. So I wrote what he felt. I tried to go beyond language with him and bring out his primitive sense of survival, his desire to feel loved and his need to love others. 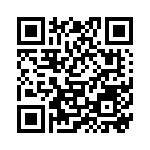 How to Download? Report Dead Links & Get a Copy
Online Preview Reviews 118 Get Print Book